Get in touch today to book your visit....

This year we had a number of new volunteers as well as the arrival of a new batch of owl babies. 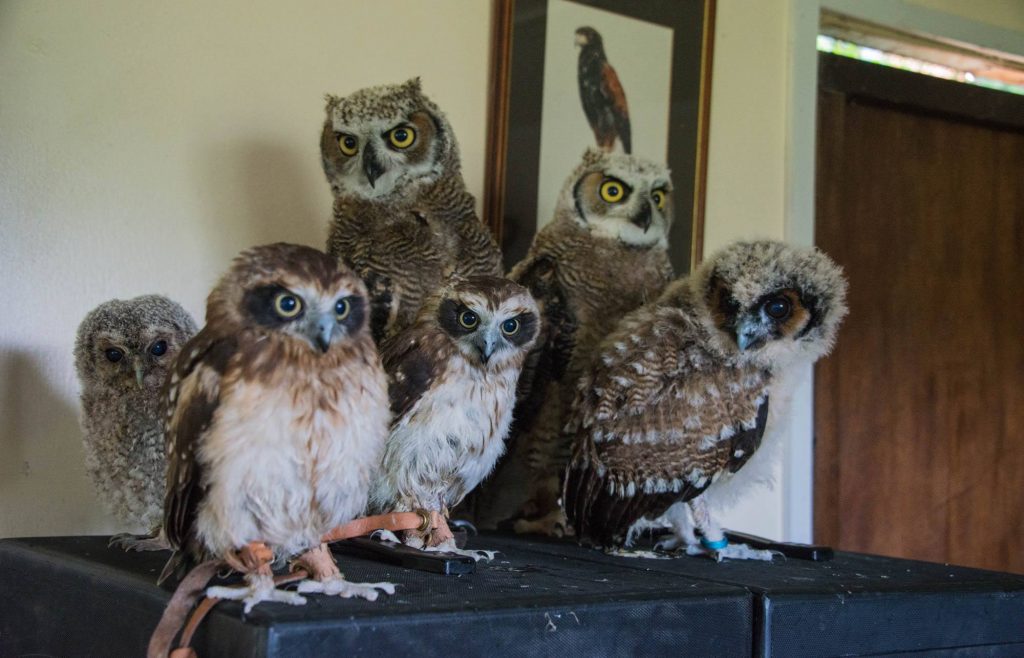 All of this years babies are friendly enough to be taken to schools and events.

Our volunteers each worked with a pair of owls and began by showering them with love and attention to take away any fear of people, noises and other animals. Then the training progressed to teaching the owls to associate whistling to feeding time. Eventually the birds were taught to step, then jump towards the handler for their food. This then turned into flying to the handler for food and in the case of the great horned owls they now respond to whistling to fly from one end of their enclosure to their handlers glove.

The great horned babies are joining our flying team and are currently being trained on a creance before being allowed to fly free.

We take all of our guests into their enclosure and they wow everyone with their flying skills and how gentle they are when flying to take food from your hand. 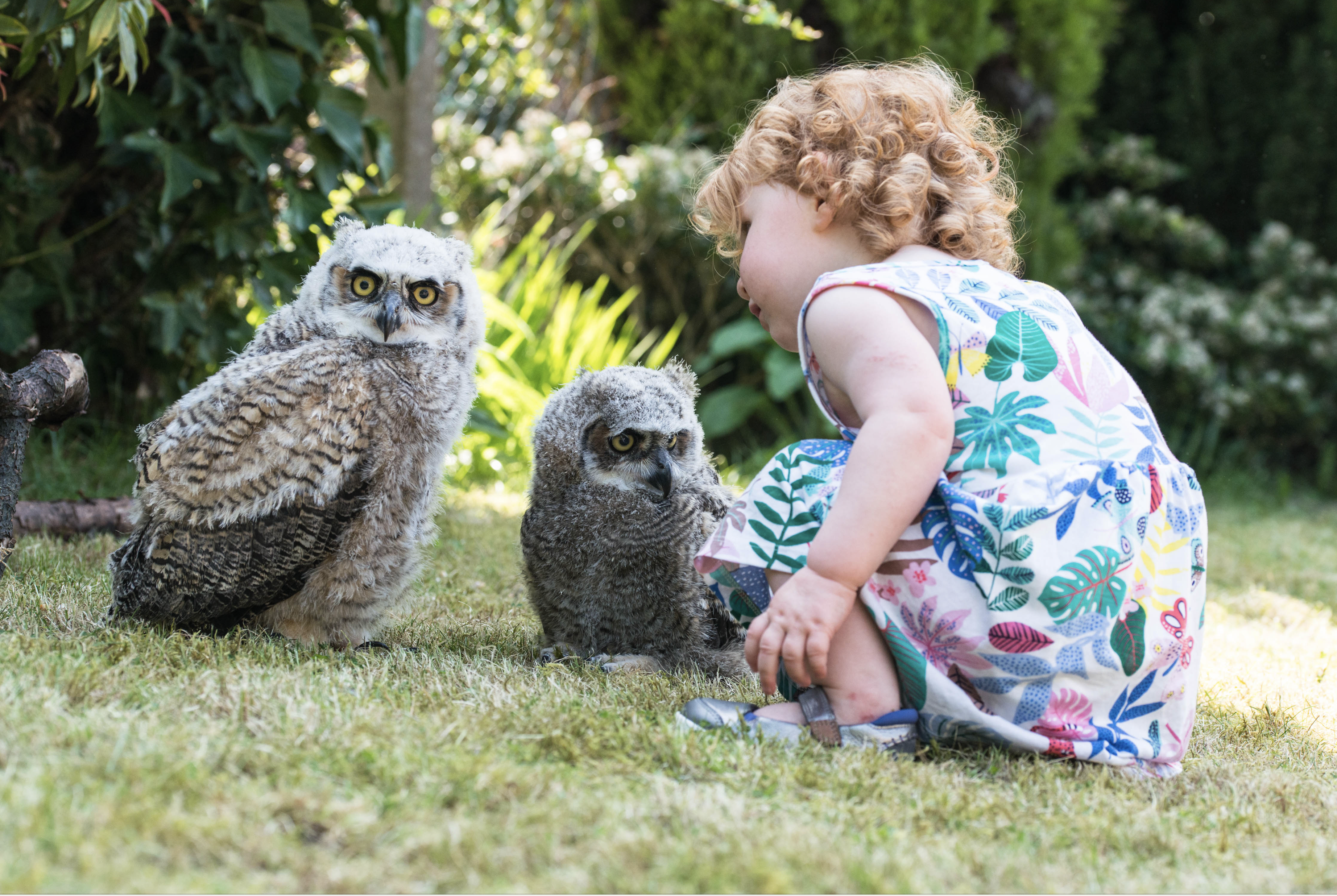 We usually don’t tell our guests that they have just met one of the worlds most dangerous bird species until after they have left the enclosure. This applies to wild great horned owls, native to the Americas, who have been known to attack people when defending their nests or swooping down on hikers or joggers. With common sense and the presence of a handler our trained babies are safe to be handled by anyone.

Here they are as babies hanging out with the two year old niece of their handler. 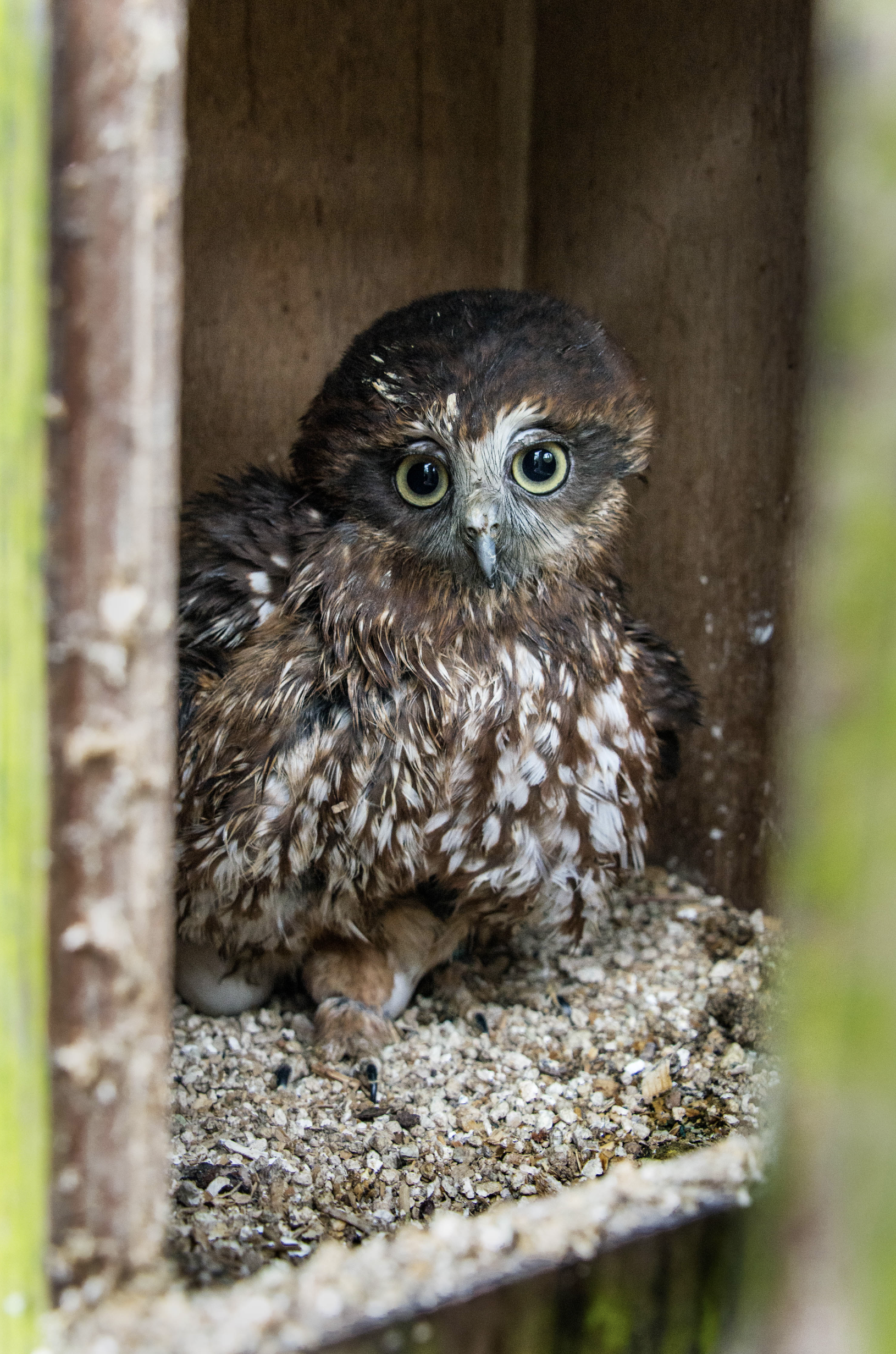 The boobooks can sometimes look at you with an angry stare but once on your glove they are perfect for taking to schools and nursing homes as they will sit patiently for anyone. Boobook owls are the smallest Australian owl species and are found in areas ranging from rainforests to deserts. They spend the day in tree hollows or rock crevices. Ours love perching high up in their enclosures watching what’s going on.

Here’s mama boobook sitting on two eggs which hatched into the two little cuties in the photo at the top.

Boo the tawny owl amazes everyone with his cuteness and is a little ball of feathers. Tawny’s are native to the UK and there are currently about 50,000 breeding pairs. They make that famous “Twit-twoo” noise. Interestingly the call is made up by a “ke-wick” from the female and the answering “hoo-hoo-oo” from the male. They are thought to be in decline and The British Trust for Ornithology is urging the public to monitor the calls of tawnys in the wild. To find out more click here. 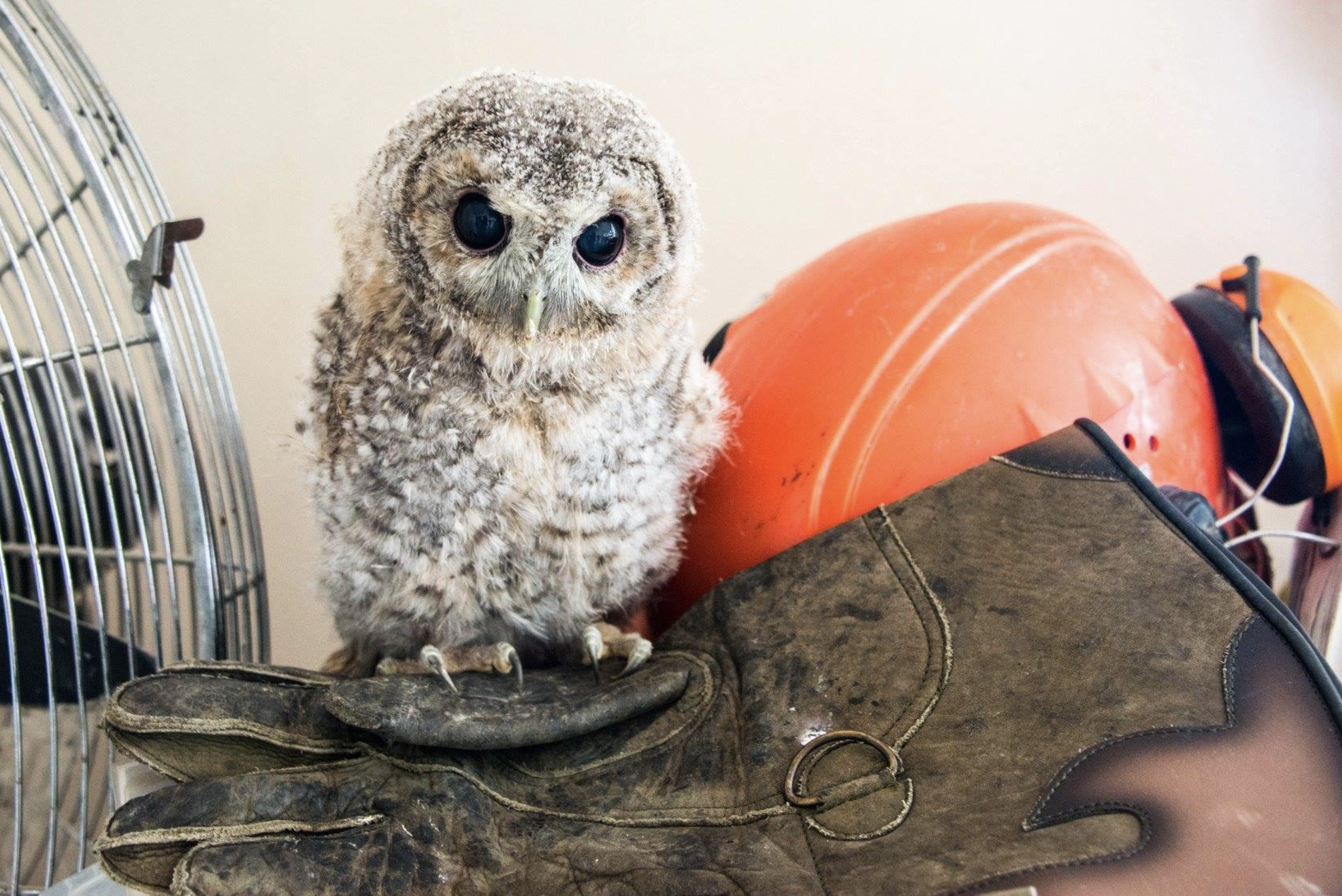 And finally Leroy the Malaysian wood owl, the friendliest owl you will ever meet. He can usually be found snuggling with his handler Chloe and nibbling her ear.

He still looks like the baby of the group due to the down on his head but this will have been replaced with adult feathers at the start of next year and he’ll start to resemble his big brother Woody with whom he shares an enclosure. 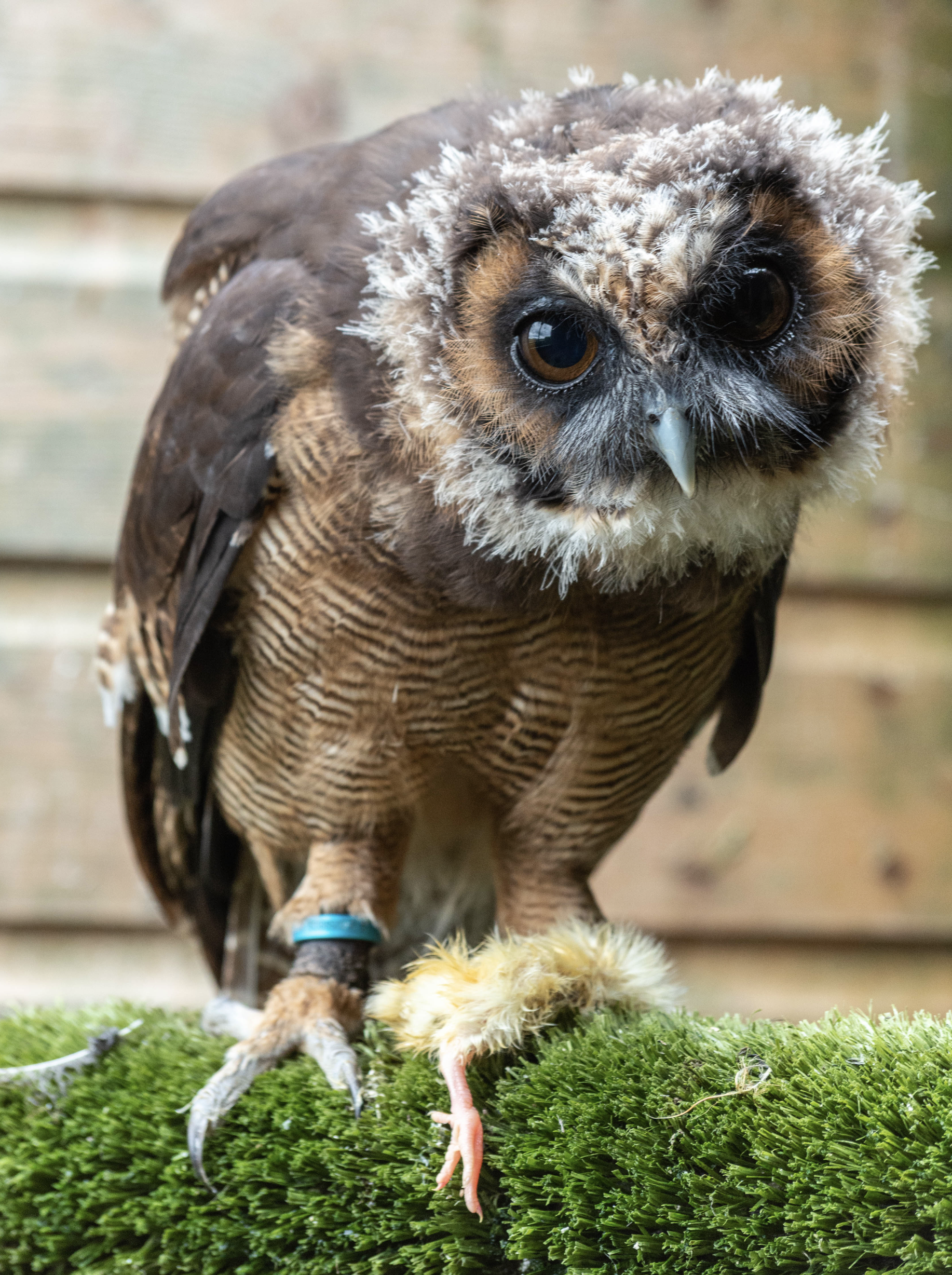 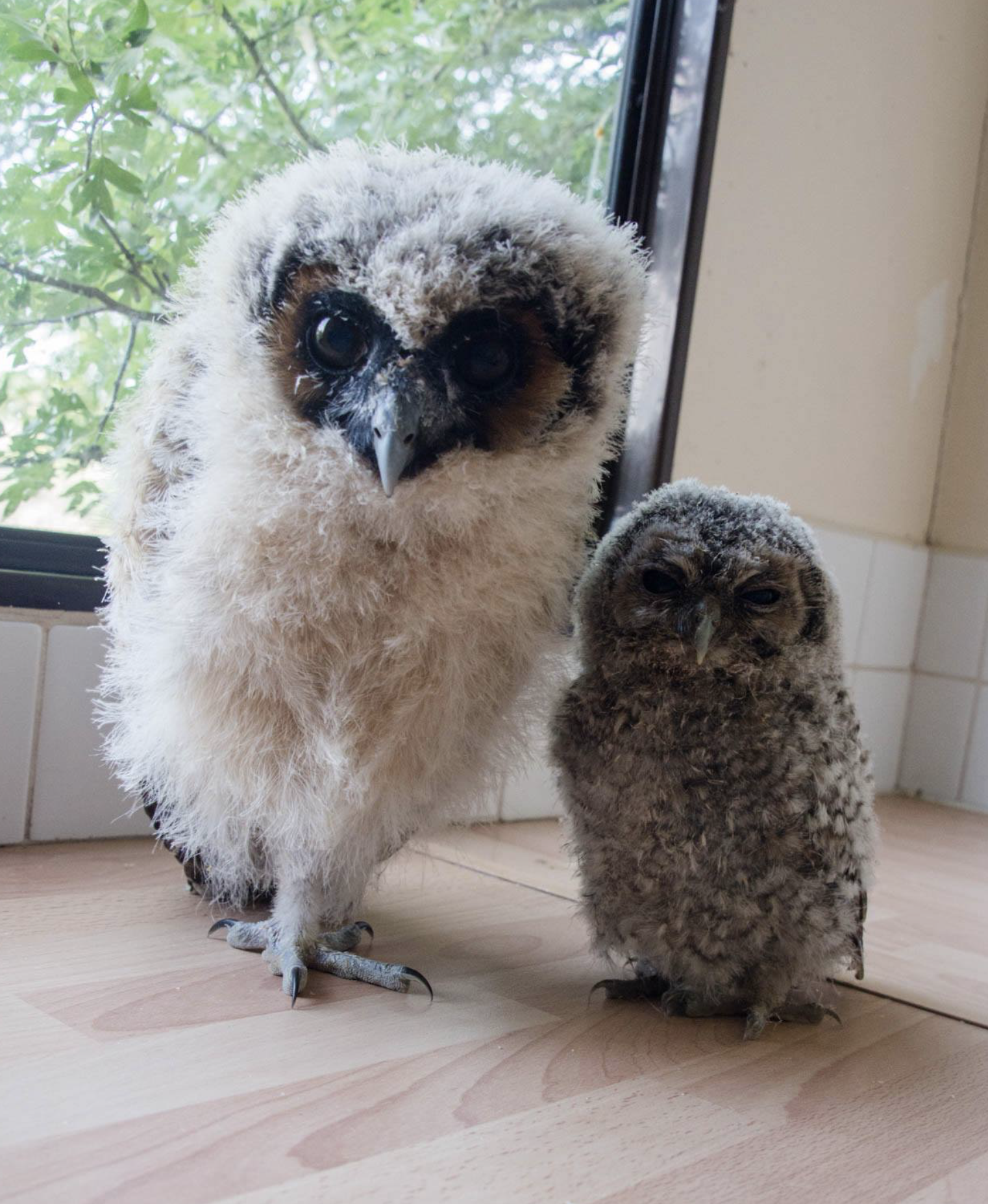 (l) A recent photo of Leroy and (r) Leroy and Boo in June.

Notice the complete change in feathers in just 3 months. 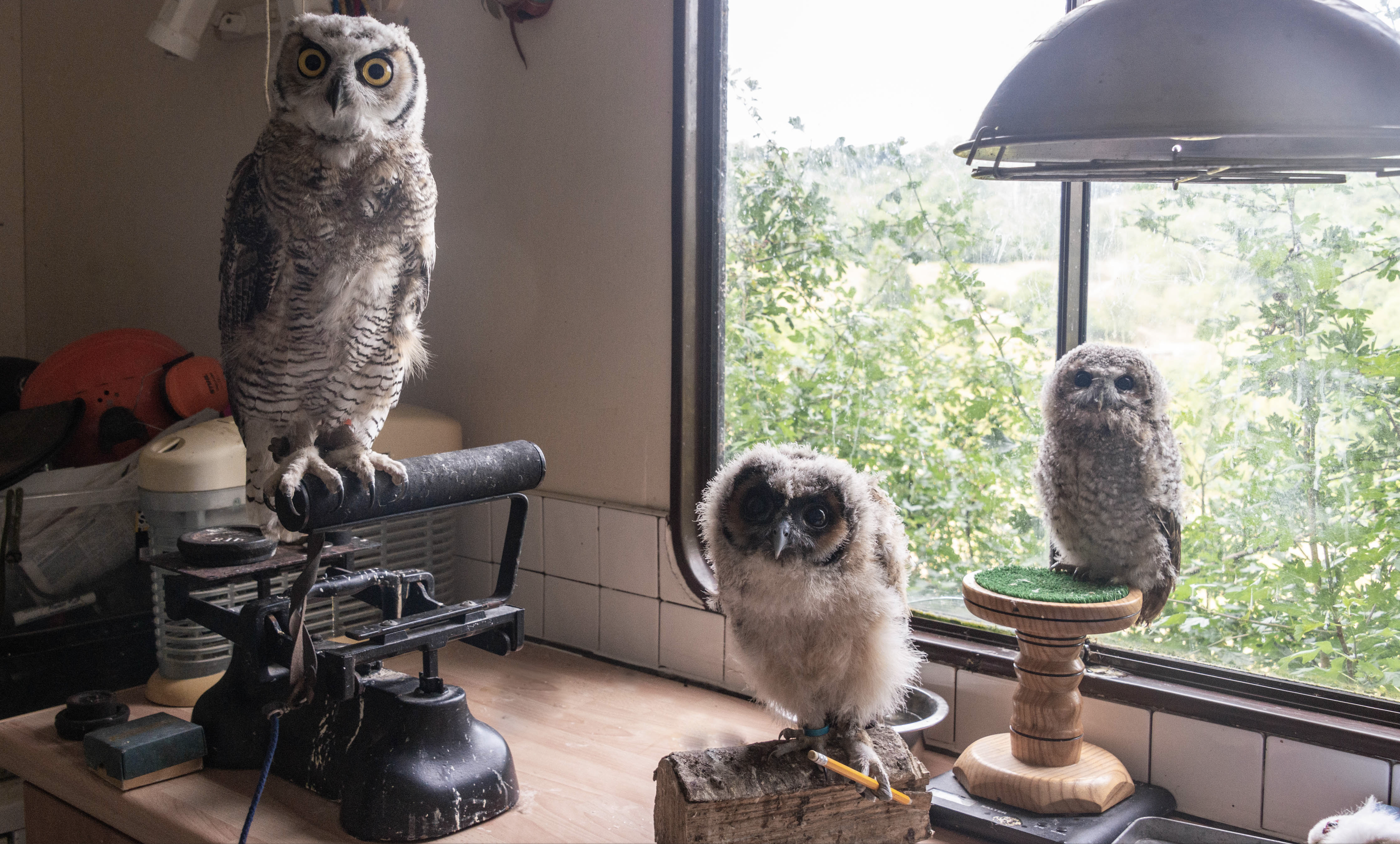 In other news, the park has been undergoing a huge refurbishment. Kingsley Bird and Falconry Centre is situated in woodland on the side of the Churnet Valley so we need to keep on top of falling leaves and branches.

We’ve been painting, clearing, repairing and building to prepare for Winter in the park.

The result looks fantastic but it takes a dedicated team of volunteers working alongside owner Gareth to keep it under control. Photos coming soon!

Get in touch today if you’d like to join our volunteer team and learn what it takes to work with birds of prey.

New Arrivals!
Licence to Keep or Train Animals for Exhibition

Kingsley Bird and Falconry Centre is open only for booked experiences, check out our pricing page for more info